Since the spring wedding season was just a bit disrupted this year, we’re taking a look back at some of our favorite weddings from the fall 2019 wedding season.

One of the best was Becky and Matt’s November wedding at the 1840s Plaza, located inside the historic Fava Building, a Baltimore City landmark.

This magnificent building has an unusual history. The red facade of the building is made from cast iron, and was originally the front of the G. Fava Fruit Company building, built in 1869. When the building was condemned to make way for the new Convention Center in the 1970s, the city pledged to re-use the cast iron front elsewhere.

True to their word, the Fava facade was repurposed in this building, which served as the Blaustein City Life Exhibition Center until its closure in 1997. Purchased a few years later by B&B operator Anne Polykala, the building now holds the 1840s Plaza!

After a beautiful outdoor ceremony, Becky and Matt’s guests moved up to the City Lites room on the 2nd floor for cocktail hour. This romantic room features large corner windows, and dramatic draping of white and peach from the ceiling.

Then, it was up to the 1840s Ballroom on the 4th floor for the reception. The ballroom glitters with crystal chandeliers and murals of old Baltimore.

The space was particularly gorgeous on this evening, thanks to the work of  planner-extraordinaire Drew Vanlandingham. Becky was obviously delighted with the results!

(Peep our own Jordan Solender lurking in the background…)

As he often does, Drew wowed everyone with his attention to detail at this 1840s Plaza wedding. Greenery dangled from the ceiling, and votive candles seemed to float in mid-air from their perches inside suspended glass orbs.

Learn more about Drew in his Vendor Spotlight!

We provided uplighting for the ballroom, highlighting some of the space’s features like decorative curtains and pillars. Uplighting helps to define the space and provides visual interest. A well-lit room can eliminate dark corners that make a room feel smaller.

The bridal party and the bride & groom’s parents arrived first to hype up the crowd. They entered the ballroom to DJ Kool’s Let Me Clear My Throat. Each pair had a minute to own the dance floor and have a little fun.

Then it was time for Becky and Matt’s introduction to the reception. Their intro song was to Beyoncé’s Crazy in Love, followed by their first dance to Ray Charles’ Come Rain or Come Shine.

Once the dance floor opened to the rest of the group, it was party time. The guests got down to wedding favorites like Ain’t No Mountain High Enough, We Are Family, and I Wanna Dance With Somebody (Who Loves Me).

While the celebration raged on, Becky and Matt snuck away for a quiet moment in the secluded courtyard at 1840s Plaza.

We were thrilled to be part of this lovely couple’s wedding day, and we wish them all the best in their marriage and their future!

If you need a DJ for your wedding, engagement party, or anniversary celebration, reach out to Maryland’s DJ! 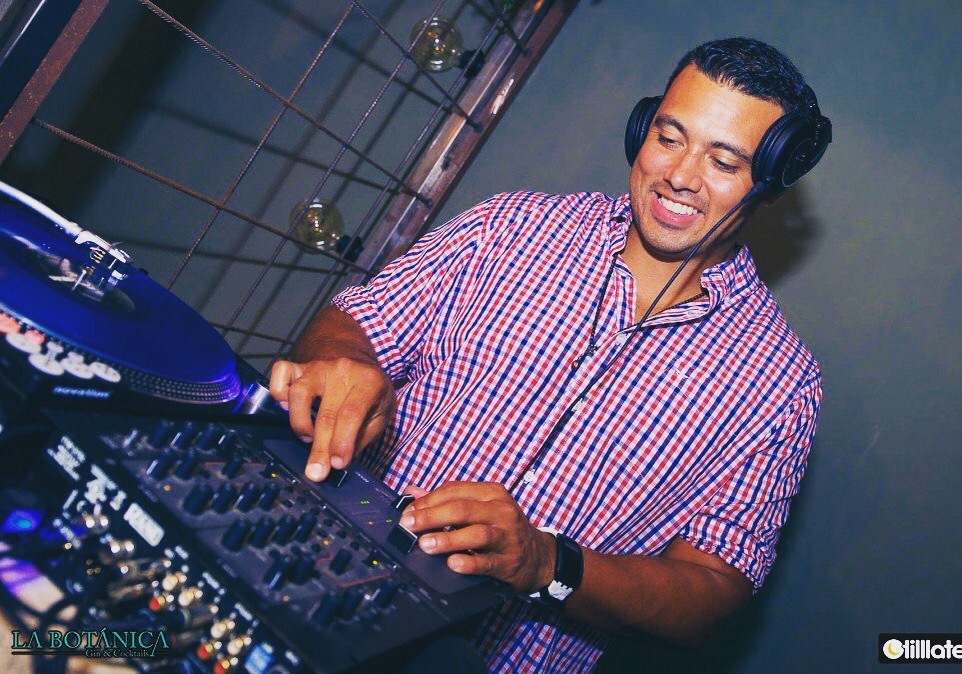 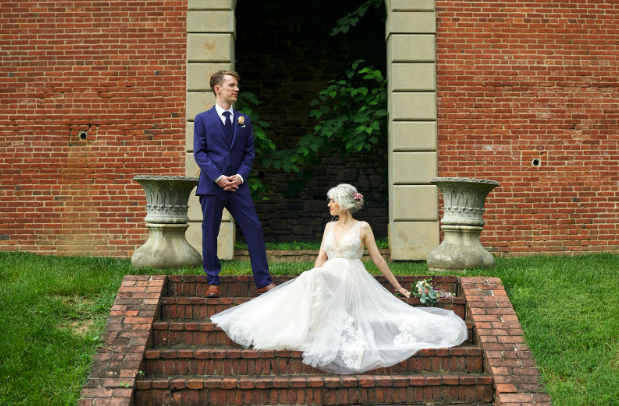